The journey of self-discovery consumes every artist. That is certainly the case with Yael
Naim, the Parisian-born, Franco-Israeli singer-songwriter.

In a career that has developed over the course of the last 20 years, the multi-instrumentalist
and producer has been on a restless quest to create a sound world of her own across a string of
increasingly absorbing albums – none more so than her latest offering, Night Songs.
As its title suggests, this is a hugely intimate album that sees her breaking away from the
established way in which she makes music.

Her last album, Older (released in 2015 and certified gold in France the following year) was
co-produced with her husband David Donatien who also co-wrote four songs. Donatien was
also co-produced and collaborated with her on her two previous offerings, She Was A Boy
(2010) and her self-titled 2007 effort, both of which were credited to the pair. This time
around, the songs are purely hers, arranged and produced solely by Yael.

“I had this sense that I had different kinds of songs in me and I really wanted to see if they
would work,” she says. “Everything started when I turned 39. I realised that I was probably
half way through my life I wondered what I should be doing so I didn’t have any regrets. I
realised I’d never dared create a musical project on my own – completely alone, with my
moods, feelings and failings. I wanted to see what would come out of me and to work out
who am I without the wonderful man, David, who has completed me so perfectly until now. A
few months later, starting to record and conceive all these songs at night, I was surprised to
actually find myself alone. Completely alone, indeed.

“ I also had a period of turbulence where everything seemed to shake around me, and I
wanted to capture that in the music that I was making,” continues Yael. “The songs were
darker and probably a bit deeper too.”

The turbulence that Naim refers to included the birth of her second child as well as the loss of
her beloved father, Daniel. His passing is marked in the tender sway of Daddy – a track
whose lyrics encapsulates Yael’s unguarded approach throughout her new album.
“He died in the middle of me making the record. He had always been a guiding light for me
and all of a sudden he wasn’t there,” reveals Yael. “But there was a new life too, and that was
amazing, but it also made me question what I wanted to do. I had this urge to find out who I
was and that became urgent. I needed to get to know myself properly and to do that, no matter
what the price.”
Reflecting on her own childhood in Israel, Yael also began to examine her own emotions and
her approach to life as a whole in a new way.

“Looking back, there were things that started to come up, and the whole question started to
arise where I asked myself ‘If one day I look back, is there something I didn’t dare to do?’ I
didn’t want to feel that way,” she admits. “Suddenly, I felt that during my childhood I was
very protected – in a good way – but I was always terrified of making a mistake or choosing
something wrong. So I wanted to take a risk.”

Initially, Yael’s decision to write more introspective material was not met with great
enthusiasm by certain members of the team around her – understandably so bearing in mind
the success she has enjoyed in France in the last 15 years.

“In the beginning it was a bit strange. I told everyone that it was a side project where I just
wanted to find myself, and close the door and see if something could happen. Writing at
night, I felt I could be someone else. When no one sees you, you can do things that aren’t
allowed. I had what I called ‘night feelings’ and songs that I eventually called Night Songs,”
she says, explaining the album’s genesis.

“I also have to admit that my ego was wild!” she laughs. “I said ‘I’m going to dive into this
thing and something amazing is going to come out of it!’ Not everyone agreed with that. That
made me question it even more and at one point I just thought I’d just do it for myself and the
songs would never come out. But the feelings I had for the songs wouldn’t leave me. Every
day I would wake up and go back to those same songs. In the end, I had to say to people ‘This
is what I want to do’. I wanted to dive into a mood that wasn’t necessarily entertaining or
light.”

The material on Night Songs are a world away from New Soul – Yael’s breakthrough hit
which secured her and David a global audience when it was used by Apple to soundtrack the
TV advert around the launch of the company’s new lightweight computer, The MacBook
Air. An infectious piece of upbeat piano pop, the track itself entered the Billboard chart in
the US at Number 10 and remained at the top of the singles chart in France for 14 weeks. A
quick look at more recent stats will tell you that New Soul has been streamed over 86 million
times on Spotify alone, transforming Yael into a genuinely international artist.

“To understand New Soul, you have to understand where we came from,” reflects Yael. “We
were just two people trying to find independence and artistic freedom. The whole of the first
album had been made during the course of two years in this apartment I’d had in Bastille in
Paris. We had a cheap computer and very little else. So we wrote a record, and when the song
was chosen by Apple suddenly it was everywhere. It was like an amazing gift, a lesson that if
you do what you believe in then good things happen in the end.”

For Yael and David, the track’s success guaranteed them financial security, allowing them to
buy a house for their young family as well as fitting studios in which they could work. It was
there that they made the music which saw them enjoy further success and which saw Yael win
multiple awards at the annual Victoires De La Musique ceremony – the French equivalent of
The Brits – where she was last crowned Best Female Pop Singer in 2016.

“After the success of New Soul, we stayed free and we decided we didn’t want to fall into the
trap of trying to chase that success. We just made music we loved and we made two albums
that way, and we took our time,” she remembers. “Our last album, Older, was probably a first
step into maturity and the music went deeper on songs like Coward. The new album is a
continuation of that psychologically speaking, but in different ways. It is certainly darker too.
But then, I love darkness. Some light can only be heard in the darkness. Some music can only
be heard in silence.”

Ironically, the first two songs written for Nights Songs are The Sun and Shine – both titles
suggesting a certain level of optimism when in fact they are both ruminations on the passage
of time filled with raw reflection.

Indeed, Night Songs moves away from the hollow clamour of pop music, fuelled by an
understanding that with age comes wisdom. The idea of acceptance – of circumstance, self,
relationships and of life in general – lies at the core of the album. It is what informs songs like
Familiar, the waltzing Sweetheart and the questioning How Will I Know that examine
relationships in unflinching detail. Elsewhere, on She s Yael projects own emotions in the
third and reflects on her own desire to escape from herself.

“She is really the part of myself that started to pull in the direction that I went in eventually.
There was a part of me saying ‘Don’t go there!’,” she admits. “But in the end I had to do what
felt right for me.”

The album’s lyrical confessional nature and intimacy is also matched by Yael’s remarkable
arrangements as well as the space within the music itself. “A lot of the songs are structured so that they start so we are close to the ear of the listener,
almost as if we are whispering things in the dark. Then, suddenly there’s an explosion of
music,” explains Yael. “It’s like moving from pure emotions into the unconscious or a dreamlike
state where you can fly away somewhere.”

Key to the textures on Night Songs is Yael’s use of the voice – both her own and the
Hungarian-inspired Paris-based choir Zéné who appear on numerous tracks. The piano-led
yearning of Watching You exemplifies the intricacy that defines the vocal arrangements on
the record. The same is true of Des Miettes (English translation: Some Crumbs resplendent
with a moment of wordplay worthy of Serge Gainsbourg) – one of two tracks alongside Les
Trous (The Holes) sung in Yael’s native tongue on the album, both of which draw on the
great tradition of French chanson.

While the album reflects a period of emotional turmoil and the mania of creation, Night
Songs is also an album that Yael admits has been a cathartic experience.
“One thing I learnt during the process of making this record is that if you stop pretending that
you are Superman, then people will tell you that they feel the same way as you. When that
happens, it’s amazing. It proves that we are not alone,” she says.

“We are all human beings and the things we are going through aren’t always as original as we
think they are. Nor are those things as dramatic as we think they are. I have realised that we
have a broad palette of colours in this life, a set of emotions. And I have realised that I am
happy to know them all – whether that means anger, sadness or happiness. Those different
things make you feel really alive, and I am grateful to know all those emotions.”

Night Songs – housed in a sleeve that was also shot by Yael during the four year recording
process – is a brave and honest reflection of contrasting her emotions. Most important of all,
it announces that Yael Naim has finally found herself … 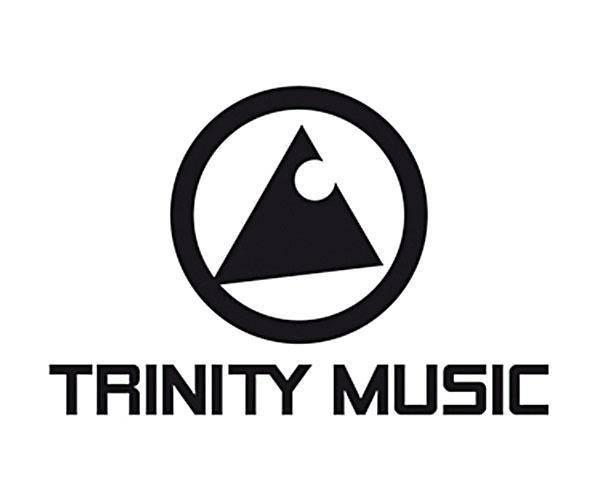